Jaspal Bhatti's sudden demise in an accident is really shocking. His shows on Dooradarshan in early 90's were hit in our home, our entire family gathered in front of the TV just as his shows were on air. Barely a child then, I don't have much recollection about the subjects covered in his shows that were based on socio economical problem of a common man projected in a satirical way, but the smiles brought forth by Jaspal Bhatti's natural facial expression and wittiness were infectious. Whether or not I understood the depth of the issues concerned, the playfulness with which the issues were dealt with in a humorous way never failed to tickle me pink. It's sad how the life of a person bringing smile to everyone's face met such a tragic end. 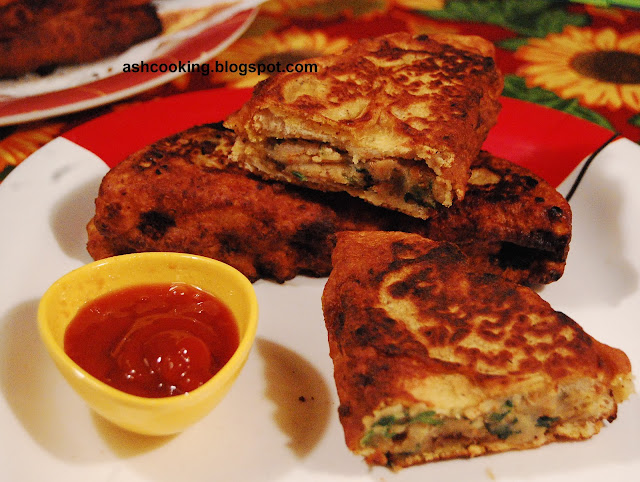 It's pathetic when people die in accidents. At least for people dying natural death due to illness, their family members get some time to mentally prepare themselves for the inevitable but passing away of someone hale and hearty just like that in a matter of few seconds is very difficult coming to terms with.


Stuffed Bread Pakoda is one of the many items I find myself at ease while preparing, especially when the guests arrive unannounced. It does not take much time, hardly 30 minutes and you have a fulfilling snack ready for serving. 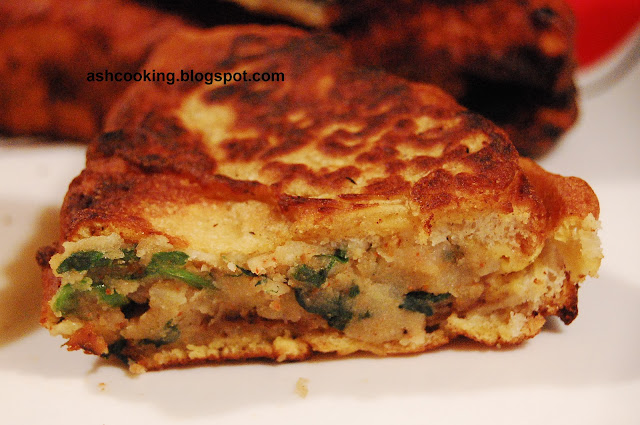