Our social circle in Bangalore had a friend I used to address as 'baking queen' because of her being enormously gifted in the art of baking. Indeed, she was the one to have first evoked an interest in me towards baking. Prior to I met her and had her baked goodies to the satisfaction of my gastronomy, I never ever gave baking any thought, neither serious nor casual. So our 'baking queen' often would throw cake parties just to indulge us, a group of ravenous foodies, with an impressive range of her baked goodies, from cake rolls to tootie fruities, from cinnamon rolls to three tier cakes. 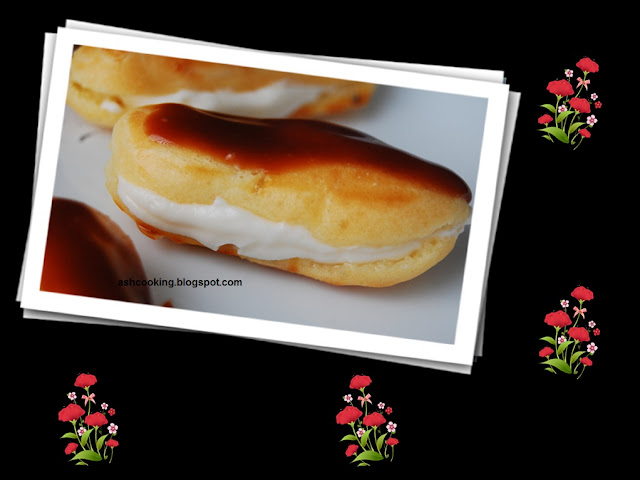 It was almost a ritual for her to invite us over to her place in celebration of any momentous or inconsequential event that would evidently end in with our feasting upon a huge two to three tier cake frosted with a super soft creamy icing that melted the very moment it went into mouths. Each of the cake parties organized by her only left me craving more for her baked goodies. She was so good.


In one such cake party, she baked éclairs which were the first of its kind experience to me. I never had éclairs before. I had a strong urge brewing inside me at the very first mouthful of éclairs to try my hand upon baking and finally through a long series of trials and errors, I have mustered the art to a decent degree. 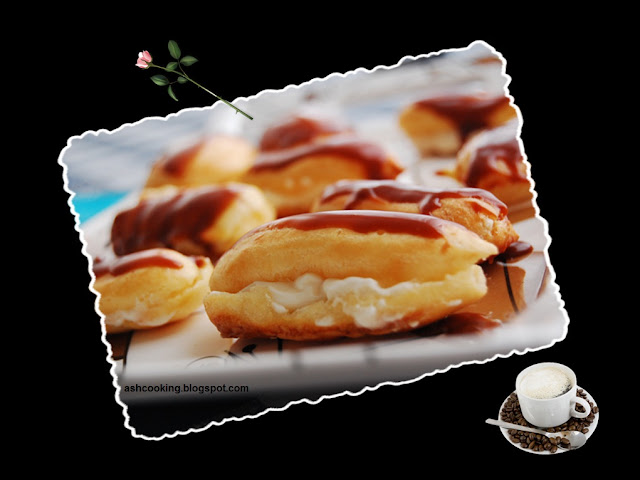 So few days back in a potluck dinner, I surprised my friends with my baked éclairs which with their melt in a mouth texture won the hearts of all leaving them crave for more. Needless to mention, it was only a matter of few moments when the plate heaped with éclairs was swept clean without a crumb. Such is the eating frenzy that éclairs trigger in a party. So be sure to make them in bulk.

Email ThisBlogThis!Share to TwitterShare to FacebookShare to Pinterest
Labels: Cake and Muffins