Chocolate is sinful, we all know that but the knowledge cannot restrain us from indulging in the guilty pleasure of allowing lumpful of chocolates melting in the mouth, the pleasure of embracing the lapping sweetness is priceless. The first thing that chocolate calls to my mind is Mr. Willy Wonka, the eccentric chocolatier in Charlie and the Chocolate Factory whose ingenious chocolate creations take the world by surprise. The chocolate room so beautifully depicted by Roald Dahl is an epitome of edibility; from its pavements to grasses being edible, Mr. Wonka's statement only accentuating the assertion "“Everything in this room is edible. Even I'm edible. But, that would be called cannibalism. It is looked down upon in most societies.” 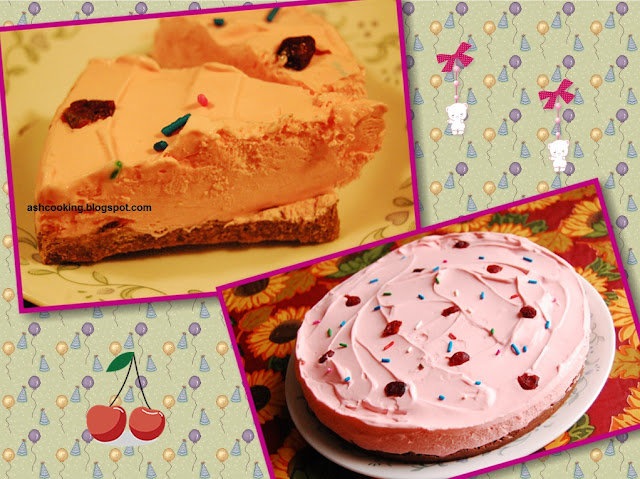 The centre of all attention was the chocolate river where the chocolate mixed and churned by the waterfall is the only one of its kind as proclaimed by Willy Wonka "No other factory in the world mixes its chocolate by waterfall."  The seductive and tempting way each candy, a piece of genius invented by Willy Wonka is described gets saliva dribbling from the reader's mouth. I have never read any other book that has chocolates painted in words in such bewitching manner.


Me and my hubby both being fond of chocolates always have few boxes of chocolates put away in the refrigerator which sometimes I toss into my cakes adding an extra richness or sometimes simply pop a slab into my mouth luxuriating in the succulent flavour, but the craving always remains insatiable. 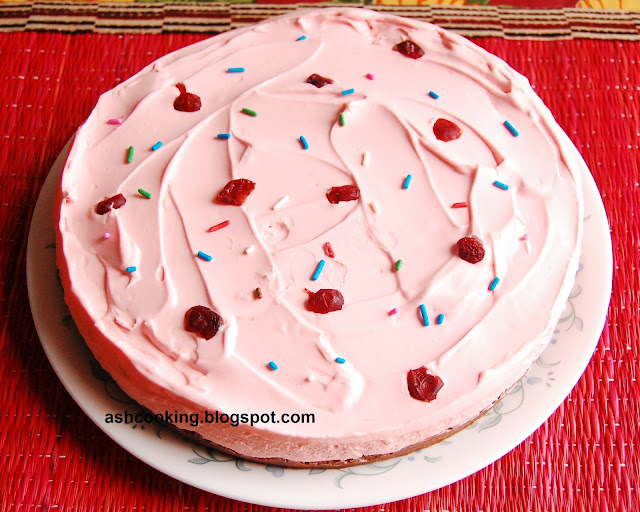 The following recipe is of a no baking required cheesecake. What I find most appealing about the concoction is the base made from a good many chocolate cookies. The creamy texture of the filling accompanied by crunchy base makes it a savory treat enjoyed by all.

Email ThisBlogThis!Share to TwitterShare to FacebookShare to Pinterest
Labels: No Bake Goodies