Barfi has been a magical experience. In today's materialistic world when the value of everything is measured in terms of money, watching two people bound in selfless pure love is amazing. Some of the emotional scenes which could bring tears were projected in a way inciting laughter and that's what I find so fascinating about the movie. No unnecessary attempt made at moving the audience to tears, the movie pivots around the life of 'Barfi' played by Ranbir Kapoor and the mute world he lives in. 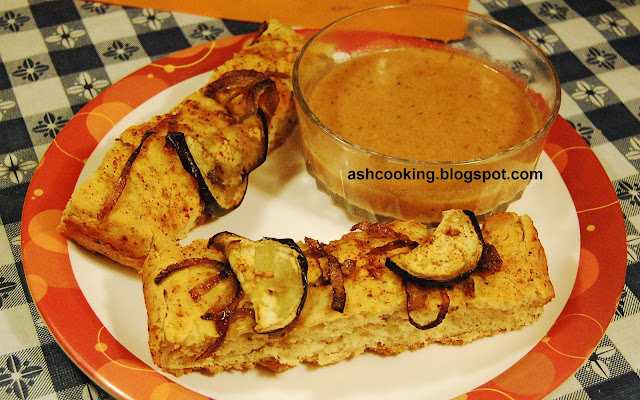 Ranbir Kapoor brought life into his character by his stellar performance, charming the audience with his effervescent cute smile, properly suited to the persona of Barfi. Priyanka too was good as Jhilmil Chatterjee, but I found her little overshadowed by Ranbir's powerpacked acting prowess, similar happening to Konkona Sen Sharma in Wake up Sid. I am very fond of Konkona and consider her as one of the very fine actresses among the current platoon of heroines, but she too looked pale before the charismatic Ranbir who with his outstanding performance stole the spotlight from her on the big screen. Ileana was looking ravishing in the movie, though I felt a little pile of flesh would have enhanced her beauty. 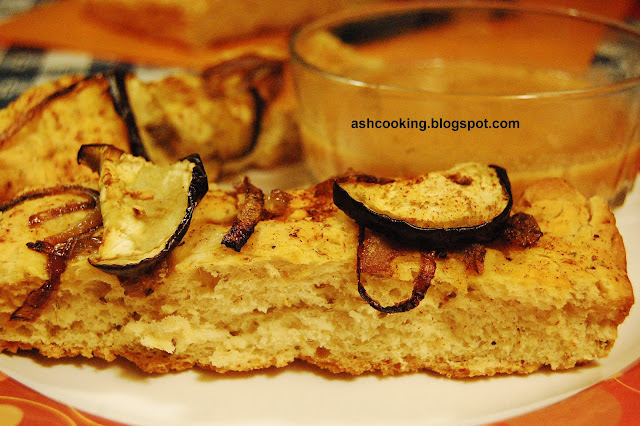 Shot entirely across a number of choice locations of Kolkata, Darjeeling and Purulia, the movie besides the lead actors was spangled by some of the all-time greatest side actors - Saurabh Shukla, Rupa Ganguly and the cameos thrown in by Jishu Sengupta and Haradhan Banerjee. Welded together, the movie offers sweetness, as described by my niece so beautifully, "of a slab of chocolate which long after it is melted in the mouth remains sweet in flavour." 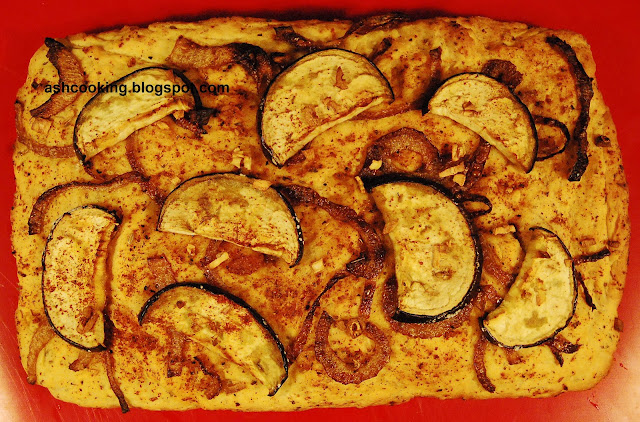 As regards the recipe, this is going to be my second Focaccia Bread recipe after Tomato Basil Focaccia Bread. I started preparing both the breads simultaneously, but half way through I deliberated on changing the flavour a little by switching some of the key ingredients that worked miraculously in bringing two completely different breads in savour on our dinner table.