I used to be quite an avid fan of the soap Balika Vadhu. I had started watching it almost a week after the show was first put on air back in 2008; gradually I grew quite attached with the odyssey of the child bride. Even amidst the busy work schedule and to and fro journey of about 4 hours from office to home in Bangalore, I never grew weary of the serial, making sure not to miss an episode. Most of the days I used to return home past the show time after 8 or 8.30 pm and hence I would catch up the repeat telecast at 11 pm, sometimes staying awake just for viewing the soap. Both my mother and sister stopped watching the show following one another on the ground of the story moving at slow pace, but I didn't. In US too, I ensure to catch up the episodes on You Tube regularly, bearing with the scowls my husband casts my way every time I stream the soap from laptop to the wide screen of the idiot box. I like this serial because unlike most of the other Indian soap dramas where women are made to look insubstantial without husband, clinging on to the better-half (or bitter-half) even when he engages in an act of infidelity, berates and repulses her as if the very existence of the woman is centered around the male entity, this soap showed its lead heroine moving forward with her life carving a niche for herself where she came to be known for her work and contribution to the society. 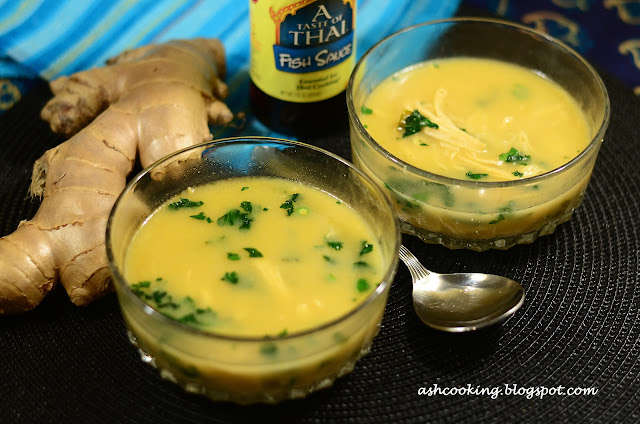 But after Pratuyusha, the lead actress playing the central character 'Anandi' has been replaced by a new face, I finally have stopped watching it, not being able to accept the chemistry between Shiddharth Shukla (Anandi's second husband) and Toral Rashputra (the new face). Toral looks quite mature for the role she is playing, a 24 years old woman and beside Shiddharth's good looks and charms, she looks banally average. All the excitement I had for viewing the growing affection between Anandi and Shiv has worn off. At least while casting the new lead, the casting directors should have paid a bit of heed to selecting someone who would match Shiddharth's charm. I wonder why he is not offered a role in movies; with his well-built physique and cute smile he looks no less than heroes. 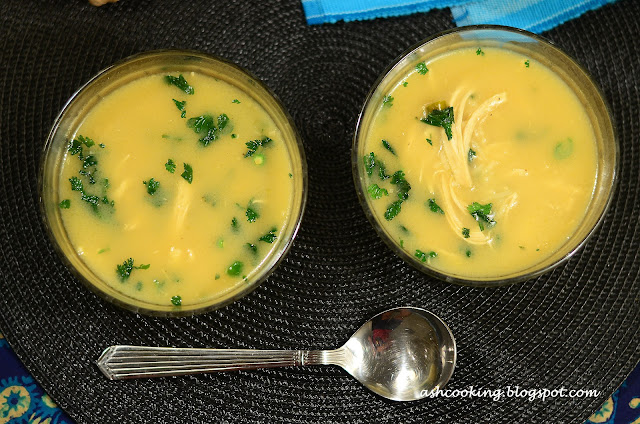 As regards the recipe at hand, this one I made last night successfully winning out a compliment from my otherwise reticent hubby. "This is one of the best soups I have had", my husband exclaimed; so I am sure your friends and near and dear ones too would drool over this soup.

Email ThisBlogThis!Share to TwitterShare to FacebookShare to Pinterest
Labels: Soup