We just returned home after catching the night show of 'Ek mein aur ek tu'. I have to say the movie is unnecessary lengthy and boring to the infinity. I was eagerly waiting for it to come to an end. I don't know why all Karan Zahar movies follow the same story pattern of affluent Indians based in foreign countries with a string of already established actors and actresses playing the characters and some flashy cheeky dance numbers thrown as interlude between histrionics. I wonder at times how 'Kabhi Khushi Kabhi Gam' became such a huge blockbuster for I just found it way over the top with emotional outpourings. 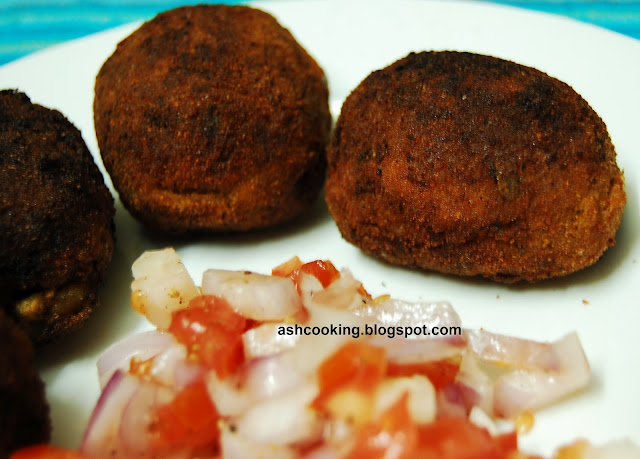 Next time I will do some R&D before watching his movies to save myself from the boredom-induced-migraine. I swear!! 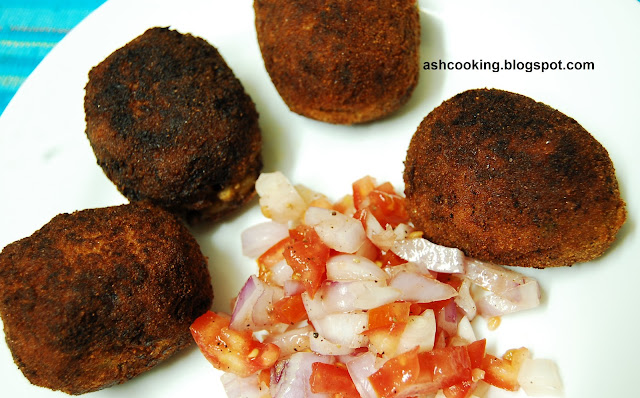 Back to the recipe, the one described below is one of the meaty variations of a popular fast food known by the name of "Dimer Devil." "Dim" in Bengali means "Egg" and devil stands for......well I exactly don't know. That eating it gives a devilish pleasure might have something to do with the suffix "devil". Whatever the connotation implies, rest assured this is one of its kind and definitely a must try.