Perhaps no other statement suggests the rivalry shared by Mozart and Salieri better than this one as written by Carrie Fisher “Resentment is like drinking poison and waiting for the other person to die.” Indeed, Salieri did not take respite from his devilish plans to sabotage Mozart and his career and got peace, supposedly, only when Mozart dead at a tender age of 35 was buried in the mass grave, a pauper's grave rather - an unmarked grave....come to think of it, it's so shocking that the genius and the child prodigy we have grown up admiring died like a pauper and buried with no respect. The greatest musician of all time met such a shocking fate because his rival Salieri taking full advantage of his position and power exploited every means possible to stop Mozart from rising above. 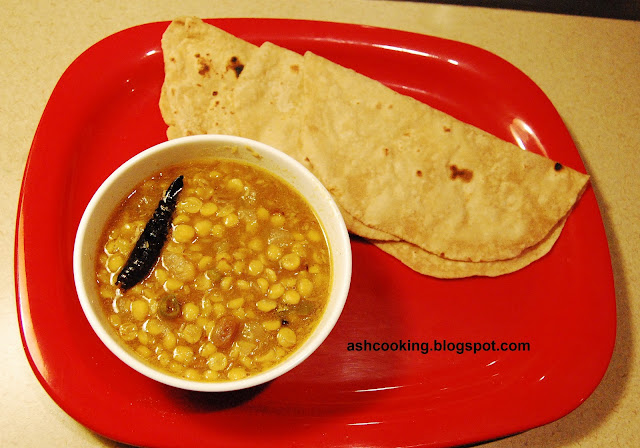 I was watching the movie "Amadeus" last night and towards the end, I got so overwhelmed by the depiction of Salieri plotting and sending Mozart to his grave that for one moment I sure felt like stabbing Salieri to his death for snatching Mozart of his life so young and thus depriving the devotees of Mozart's music of some precious valuable masterpieces that could have been created had Mozart lived long. Seriously, jealousy is like poison. It eats you from inside and makes you vulnerable to commit a crime, some times, against someone you might worship or look up to. It tears relationship apart and breaks friendship. I remember I read a news sometime back when an angry elder brother seething with envy at his younger brother's success killed him mercilessly. 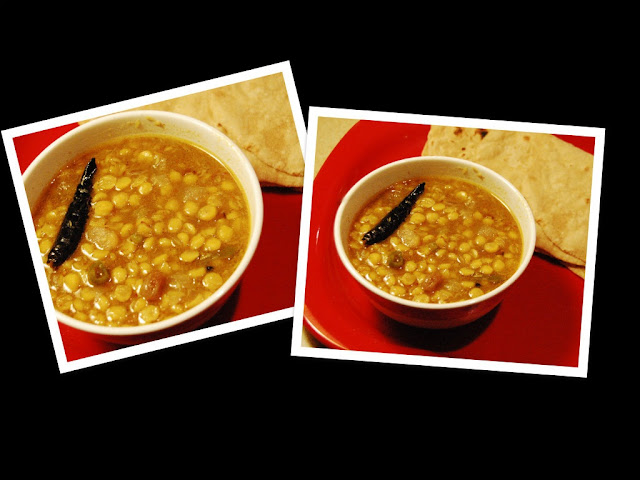 If you have seen London Dreams, you might like to know that London Dreams starring Salmon Khan and Ajay Devgan was actually based on the theme of Amadeus, at least partially. The climax is different though. 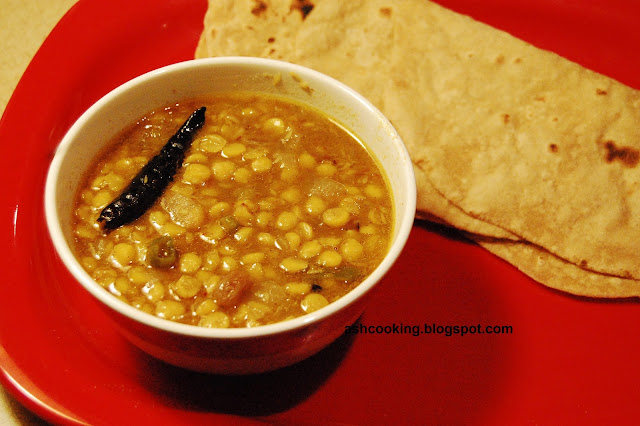 Now to the recipe, a traditional Bengali breakfast comprises cholar dal, luchi and begun bhaja. I recall when we were young, luchi and cholar dal or luchi and alur dum were sacrosanct in the breakfast menu. Each of us, me, didi and dada would at least have 10-12 luchis at one go. Curiously, even after such heavy breakfasts, there was space enough in our tummies for a sumptuous afternoon meal and yet, we were as thin as sticks. In fact, 'hanger' is the appropriate term to describe my shape in those days.