The Game of Thrones – Season 2 is on air from yesterday onwards and I can’t hide my excitement about the same. The story is at its crucial phase when the stage for a battle and the ensuing bloodbath are under way, involving the ownership of the iron throne. It came to me as a shock when Ned Stark was executed. I thought that he would be held captive and tortured but would be alive till the end. But that following his beheading the story would take a new turn was out of my imagination. I am feeling lucky that I am in US now because last year after I went back to India upon catching first 4 episodes of the Season 1, I had to wait at least 5 months for the series to be aired on HBO India and finally when it was telecast, lots of scenes significant to the story were censored on the grounds of nudity and violence. 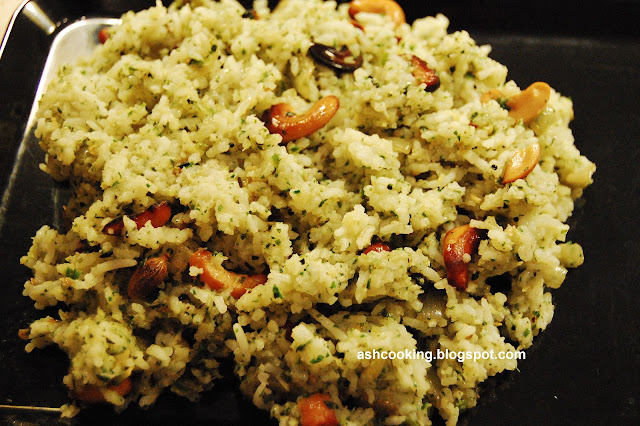 It’s only after coming down here, I watched all the episodes that I missed of Season 1 in the repeated telecast of the same one week prior to the beginning of the Season 2. I was fond of the morally upright character Ned Stark played but as all good human beings suffer misfortune at the hands of unscrupulous men; his fate too followed the same course. He was beheaded by the order of a boy king who didn’t have any right to the throne in the first place. 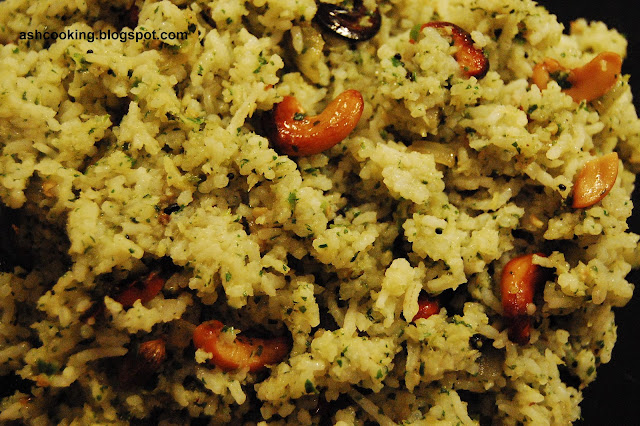 I would love to see Rob Stark usurping the throne from Joffrey and the latter suffering the same notorious execution that he subjects other people to. Well, I got little carried away with the excitement of my favourite mega series. I forgot that I am here to describe a recipe. The following recipe has its variations. I have seen people using lemon juice, garlic, ginger and even coriander leaves to cook mint rice. My version might not be an authentic one but according to my likes, I have used onion and raisins. Somehow I always feel raisins to be a better substitute for sugar in rice dishes. I wanted to use cream even, but changed my mind at the last moment remembering my resolution to shed few kilos in the coming months. 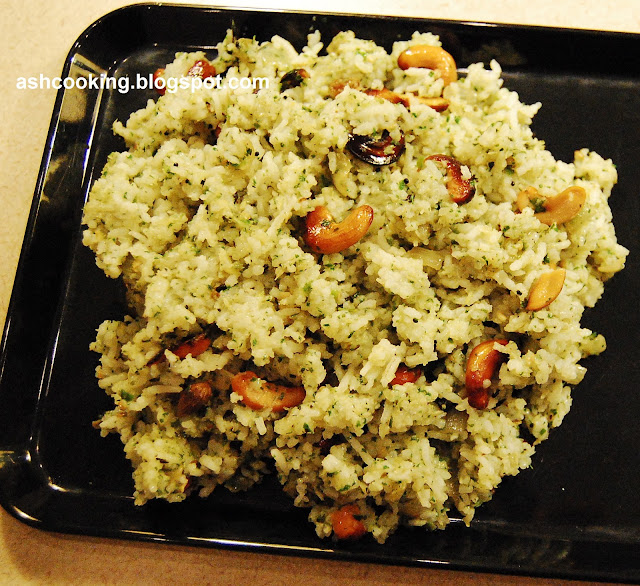