Khichuri also renowned as Khichdi is a gourmet delicacy in West Bengal unlike northern and western parts of India where khichuri, a mishmash of rice and lentils is prepared to feed the sick. Any festivity in Bengal remains incomplete without the lip-smacking ‘Bhoger Khichuri’ (Khichdi that is offered as obeisance to the deities) with beguni and labra as mouth-watering accompaniments. 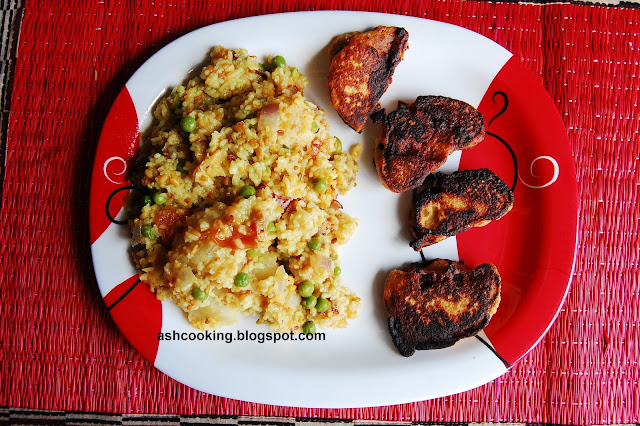 Infact, during Durga Puja and Kali Puja, it was the most sought-after moment of the entire festival that we used to look forward to, when the local boys associated with the organizing of the local puja visited every home, within the locality, serving a bowl of steaming freshly cooked khichdis in return for the contributions that everyone pitched in for the successful consummation of the festival. The taste, fragrance and deliciousness of the bhoger khichuri are difficult to be surpassed by the home-made ones in every standard. The smell and euphoria connected with the festivals elevate the gastronomic pleasure to a different level of enjoyment that no other occasion is potent enough to encompass.


The khichdi that I am posting today is a medley of rice, lentil and vegetables attempted, more or less, in a similar fashion of Bhoger Khichuri with the exception of onion which is religiously avoided in the latter preparation. Usually, potato, green peas and cauliflower are combined together in Bhoger Khichuri but at home yesterday when I was concocting the dish; cauliflower was sadly absent at home. So I had to make do with whatever was available at that moment. 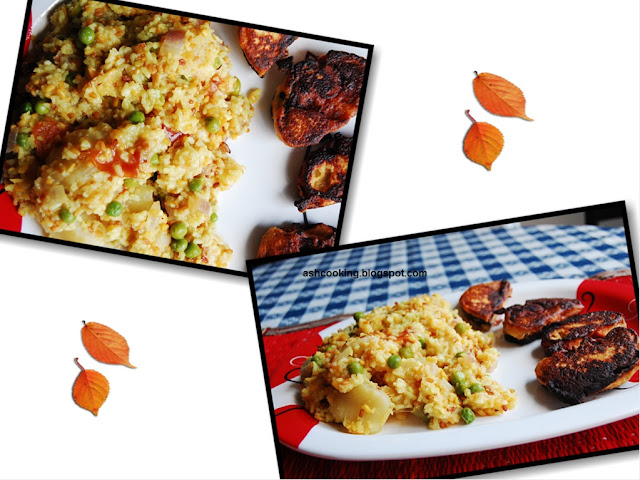 Khichdis taste best when cooked with Gobindo Bhog rice which is also popularly used for cooking payesh, a well-craved sweet dish of Bengal. Gobindo Bhog rice is a type of short-grained glutinous rice that takes less time to be cooked in comparison with its long grained counterparts. Though Gobindo Bhog is very specific to Bengal in terms of its availability, it is available in other states of India as well. One just needs to check out the Bengali market of that region for the purpose.