The yogurt and saffron based stock cooked with either mutton or chicken is known as yakhni
Yakhni, a popular Kashmiri cuisine has its origin dating back to Persia until inculcated into
Indian culinary culture during the reign of Akbar towards the end of 16th century. The traditional
yakhni, devoid of onion and garlic, looks nondescript with a pale color ascribed to yogurt and
saffron. 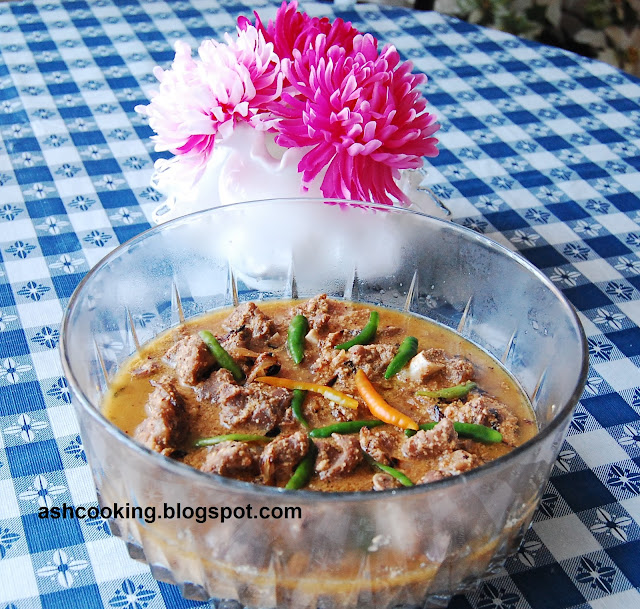 However, in my preparation, I have used both onion and garlic and albeit my interest, I had to rule
out saffron from my dish due to its absence at home 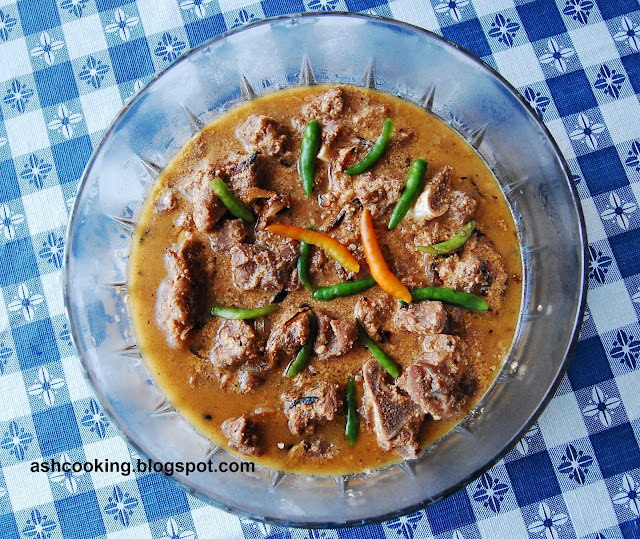 Method
1) Pressure cook the mutton covered in 750 ml of water with a bit of salt. (The number of whistles to tenderize the mutton depends on the quality of the meat. In India, I used to cook mutton with minimum 8 whistles, but in US, mutton being softer in property, I allow 2 whistles.)
2) In a wok, pour the yogurt in and heat it on medium heat to break it down to the consistency of milk. Once yogurt comes down to the milk consistency, add the whole spices - cardamoms, cloves, cinnamon and bay leaves.
3) Add ghee generously (I added sparingly though) followed by aniseed and dry ginger powder. Add the mutton along with the stock into the wok. Season with salt.
4) Cook covered on low flame for about an hour. Meanwhile, separately in a skillet, brown the onions and garlic. Reserve, when done.
5) When yakhni nears to its end, mix in the browned onions and garlic. Serve garnished with green chillies.
at July 24, 2012