Alu Phulkopir Dalna has been a part of traditional Bengali cuisine from time immemorial. My mother inherited her culinary skill and heirloom recipes from her mother, my dida (my maternal grandmother) whom I had seen very less. My youngest maternal uncle died very young in his early 30's. Heartbroken, dida could not come to terms with chotomama's death. Four years later, dida too passed away despairing over her son's untimely demise. I have very little recollection of either my dida and my uncle because when my uncle died I was barely a child, and then our visits to mamabari (maternal uncle's place) were not very frequent because either of we three siblings had some sort of business going on; classes, exams, school or college, so much as vacations were chock a block with tuitions, if not classes. By the time I was into my 9th standard, dida breathed her last and I could never get to see her again. 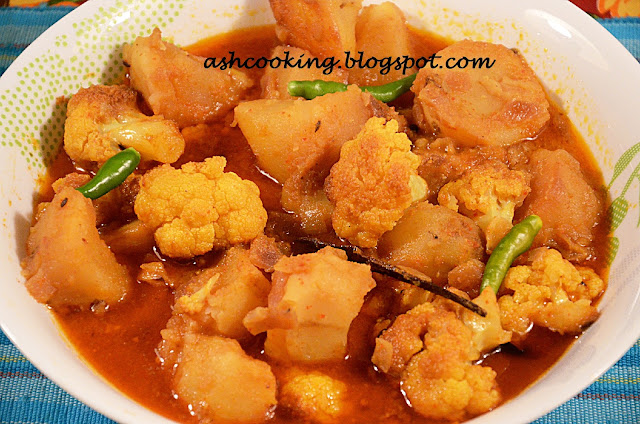 The image of dida that I have in mind has been built upon what my mother told me in reminiscence of her own mother because I never got to know dida in person.  Dida suffered a lot in her life. She lost her own mother when barely few months old. Raised by a step mother who lavished unconditional love on her, she didn’t know until the day she was getting married that her step mother was not her real mother. Then after marriage she lost three of her toddler children to smallpox one after another within few years before my mashi (my aunt) and my mother were born. My dadu (maternal grandfather) was a doctor who died of cancer in his early 50s when my mother and my uncles were very young. Dida went through a great deal of struggle while bringing up her minor children in the absence of their father. Then in her old age she lost the youngest uncle of mine, who not only died very young but left behind two very small children - one aged 3 and another few months old. 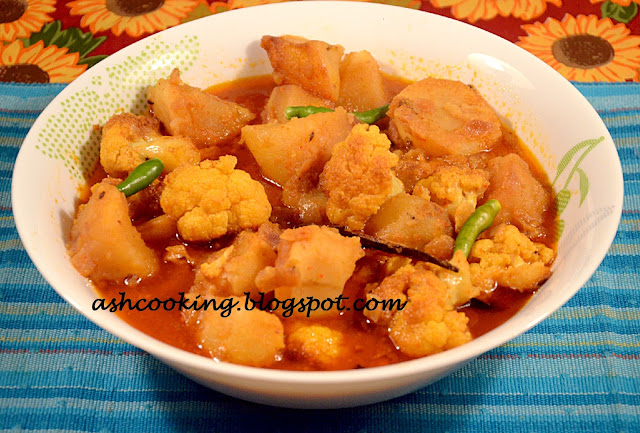 The recipe of alu phulkopir dalna is making its rounds in our family for eternity with my mother having mentioned many a time this curry being one of her favourite vegetable preparations made by dida.