Eggplant with Sesame Seeds - Til Begun 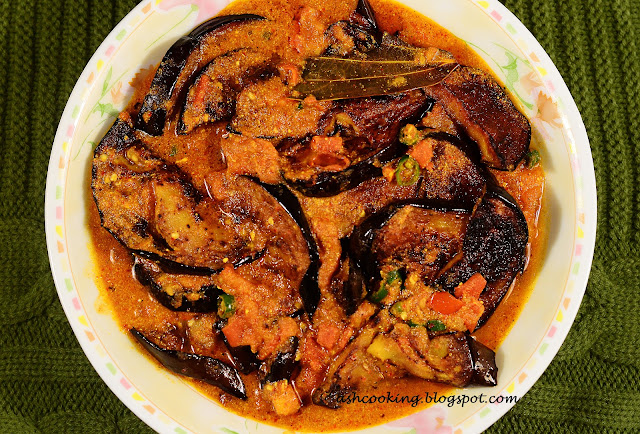 The recipe of Til Begun was in my draft folder for some time now. I didn't publish the post because
last time when I made it, although the gravy was awesome in taste, the brinjals I bought from a
Middle Eastern shop were very springy in texture, which completely ruined the flavour and hence
the pics taken then were not up to my satisfaction. So mind it, in order to get a favourable result,
you need to buy good breed of brinjals or eggplants that are soft in texture. Good quality eggplants
don't take much time for cooking. They easily soften. You know your brinjals are not good in
quality when they take longer time than usual for cooking and remain springy despite your best
efforts of cooking it for more than half an hour.


Anyway, this time while cooking it, I ensured to buy the best quality of brinjals from Wal-Mart. I
wonder why last time I bought the eggplants from the Middle Eastern shop, may be because they
looked healthy and appetizing, a reason enough to allure a potential customer. You see we eat with
our eyes first. Just as "anything that glitters is not gold" same way any brinjal that looks plump and
beautiful is not always the best in quality. In Kolkata, I never had reasons to complain about
vegetables; they were always fresh and green. I cannot report the same, however, about Bangalore :( 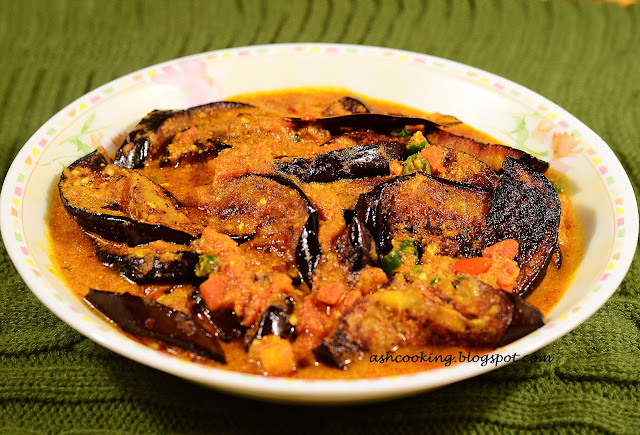