My first attempt at preparing crab cake was a huge failure, discouraging enough to send me into a state of paranoia to make the second attempt. I added big chunks of prawns along with crabs and used too much of mayonnaise thereby making the batter become wobbly in texture and the moment I put the patties, shaped into one after a lot of struggle, into the oil, all hell broke loose and the mixture crumbled into smithereens. Within minutes crab cakes or what they were supposed to be resembled more of crab prawn stir fry. All the painstaking efforts made in one evening went kaput. 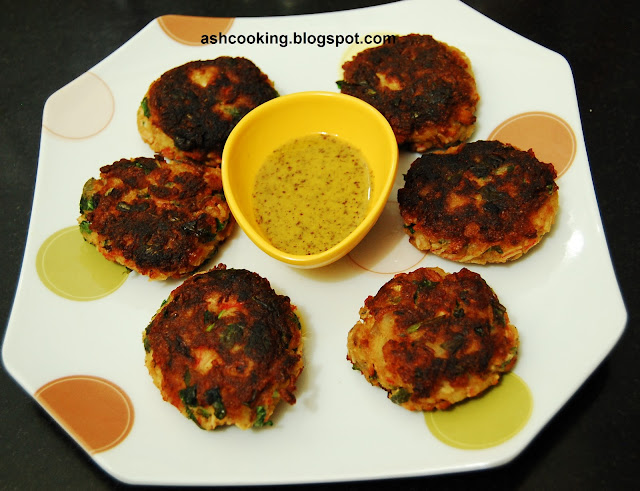 Months after my first attempt I made the second attempt, this time with less ingredients omitting few things like prawns and mayonnaise and bingo, it turned out to be a piece of work. Crab cakes were delicious. I believe if you want to use prawns in crab cakes, you have to shred them in tiny bits so that they easily form into a ball otherwise they will create hindrance. 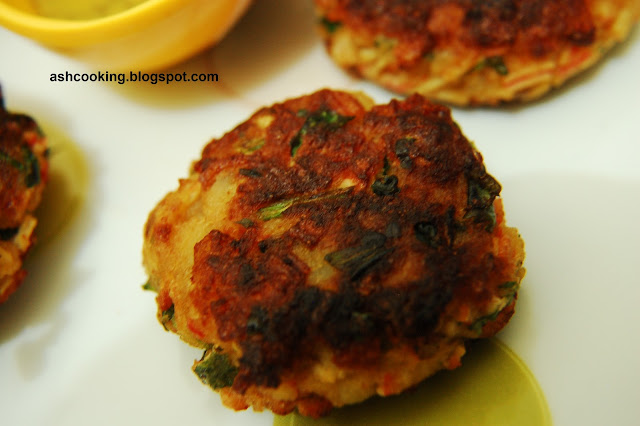 Quintessentially, mayonnaise is a must-have ingredient in all American crab cake preparations. But it adds to the calorie level and hence from the time of my second attempt whenever I've cooked crab cakes, I have deliberately ruled mayonnaise out to avoid feeling guilty afterwards. So my crab cakes are a bit towards healthier low calorie side, albeit tasty all the same.