Our Saturday began with watching movies in the afternoon; first one in the lot was 'The Deadman' starring Johnny Depp. I am a huge Johnny Depp fan trying to catch all of his movies but that the act of choosing 'Deadman' was a terrible mistake I realized half an hour through the movie when my hubby started snoring away, the slow theme of the movie having lulled him to sleep. Struggling to keep eyes open over an hour, I too finally gave into the soporific effect and fell asleep. So people suffering from insomnia instead of sedatives may try watching 'The Deadman' because it is sleep-inducing, the title appropriately befitting the movie for it really makes people dead, dead in sleep...lol 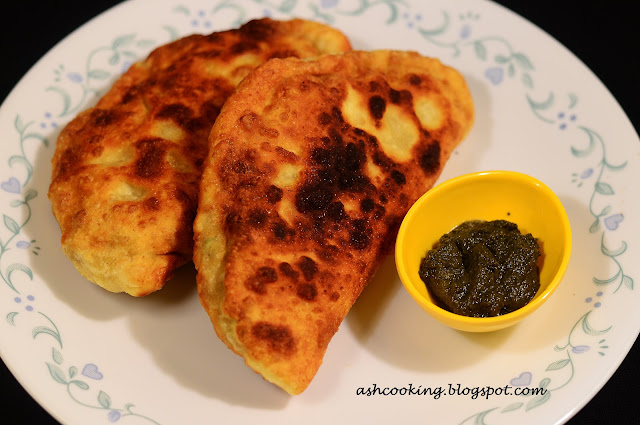 For night there were two movies in the checklist, one was 'Chinatown' starring Jack Nicholson and 'Charade' starring Audrey Hepburn and Cary Grant. Both were breathtaking to watch. Fraught with gripping suspense and quandaries to solve, both the movies kept us on edge till the final climax. It was 2 hours past into midnight when we finally hit the sack.
While we entertained ourselves watching movies back to back, our menu for the night consisted of something special - Cauliflower Paratha. Little different in making from the conventional parathas, where the parathas are rolled out with the stuffing inside, this paratha is first rolled out before being filled with the stuffing and each morsel of this crunchy paratha is pure pleasure, reminding you of the taste of Alu - Phulkopir Singara. 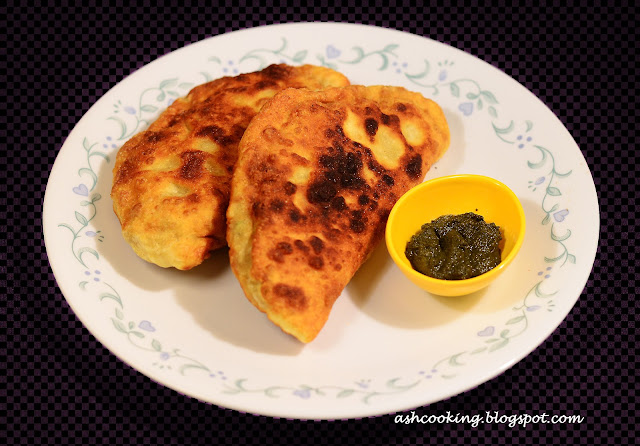