My hubby had been pestering me to watch the recent Russell Crowe flick "Broken City" in the evening show over last three four days, which I was putting off to save myself from going out in the freezing cold. Yesterday was the coldest day of the season in Ohio, temperature dropping down to -15C. Burrowed under the quilt since morning, I barely got out of the bed unless absolutely necessary until my hubby came home from office grinning from ear to ear, betraying a hint of conspiracy and flashed me the tickets for the evening show. I was furious, giving my big thumbs down to the idea of stepping out of the cozy cocoon of our home into the blistering cold for the sake of anything; furious because he chose the coldest day of the season to force me out of home for watching a movie. Now he really knows how to win me over for something I am unwilling to do. He wears the saddest look possible with eyes pleading of wistful longing and I guarantee he can even get away with murder with that look. Once again caught in the web of his sorrowful pleading eyes I relented and pronto, we went for the movie. He was happy. 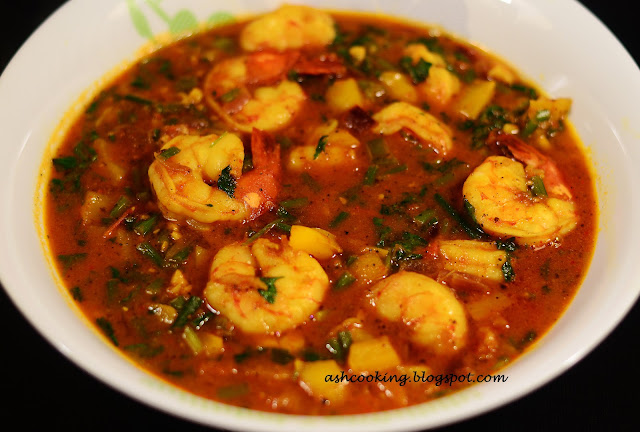 The movie was really nice, as usual keeping in with his trademark charisma Russell Crowe essayed his role brilliantly and I was mesmerized to see him, even in a negative character. Some men may grow old, but the sparkle and magnetism in their personalities continue to disarm people with an unfading effect. Russell Crowe is one of them.
Prawn Tawa Masala is another awesome prawn preparation ideal to be had with fried rice or pulao. Medium spicy, the tanginess lent by lemon juice and a nutty flavor attributed by the addition of spring onions transform the dish into a meal worth craving. Hope you guys will enjoy!! 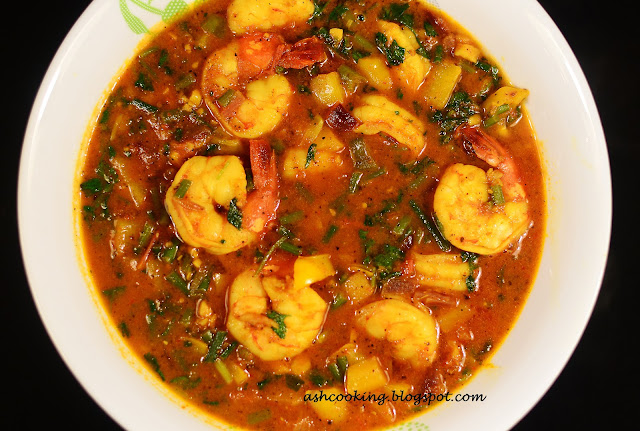