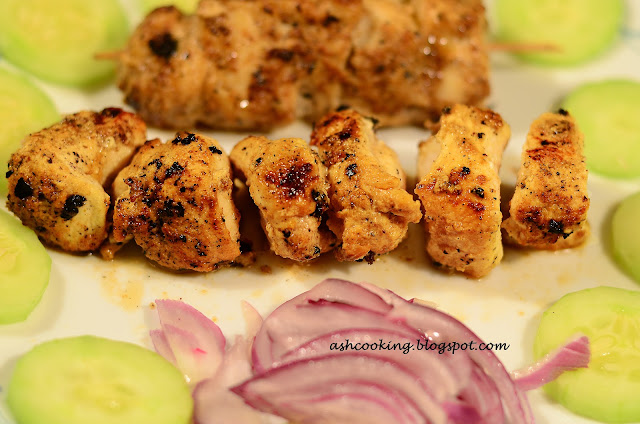 I love Chicken Malai Tikka. I am yet to meet someone who doesn't like it by the way. First time when I made it in Bangalore, the chicken cubes came out of the oven very stringy, the reason I realized later on was when malai tikka gets cooked inside the oven, all the moistures begin to evaporate, and hence it's important to keep basting the meat from time to time with oil. After a few attempts, what I started doing and which worked in bringing out a lip-smacking flavour was I started roasting the chicken on high heat in a non-stick pan for couple of minutes till the sides began to brown and then put them in the oven. That way the amount of time required for the chicken to be in oven for uniform baking reduces and also the moisture quotient remains intact. I kept the chicken in the oven for sharp 15 minutes and I didn't have to baste once. 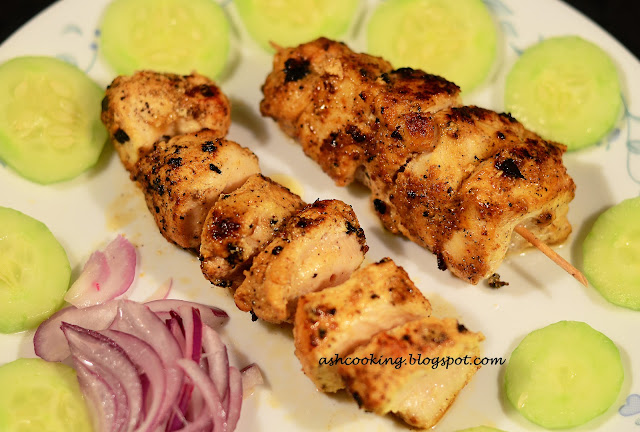 Usually chicken malai tikka tastes best when served with coriander chutney, but if you don't have the chutney ready at home or like my hubby if you don't want the chutney suppressing the actual flavour of the malai tikkas, you may squeeze lemon juice onto the tikkas and have them served withvinegar soaked onion and cucumber. It tastes equally pleasing.