Height of irresponsibility when a couple you invited over dinner didn't show up on the pretext that
the two had a fight. I cooked a meal for four people in large quantity and now there is so much an
excess of chicken that I had given some to my next door neighbour in a bid to finish them off.
Yesterday was Sunday, instead of relaxing, me and my hubby were at cooking throughout the
afternoon until when our cooking was almost complete, my hubby received a call from the guy
enquiring if there was any problem if he couldn't come. The reason he explained a day later i.e.
today that he had a tiff with his spouse because of which they didn't come. So silly, seriously! I
swear from the next time on I won't entertain such people in my house. I am so pissed off. 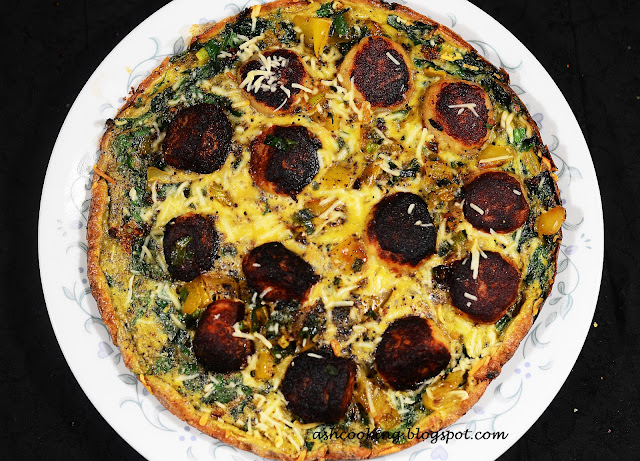 It happened many a time while in Bangalore that me and hubby had a brawl over some trivial issue
the day we were invited over someone's place, but we always sorted our differences sooner so as to
keep the invitation, after all there was a third party involved, who painstakingly might have made
all the arrangements of a meal for our sake and because of our personal issues, we cannot spoil a
party for everyone else. But there are some who have absolutely no regard for your efforts.


Anyway, let’s not mull over this for long else my level of irritation at the whole thing will only
increase instead of dying down. Spinach Potato Omelette is a frittata of sort cooked with herbs and
vegetables. If you like you may toss shredded chunks of braised chicken into the omelette to add a
meaty flavour. 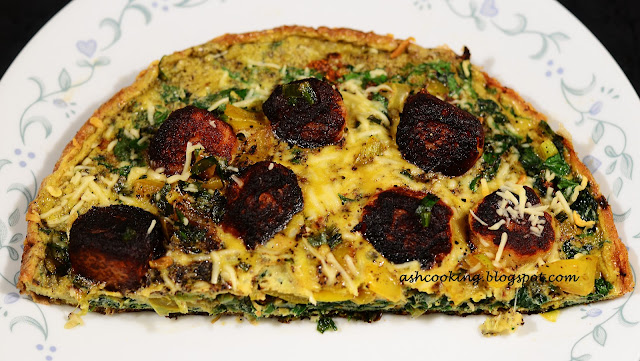