Big Boss House is a mad house this year with Imam in his colorful wigs, outlandish costumes, grease painted face and frequent shifts of moods continually giving us occasions of belly-aching laughter.He is such a cartoonish, albeit at times very annoying, character talking over everyone, butting his nose into the conversation of others, receiving tongue lashing and getting ignored by the other housemates, irritating people to the extent of bursting out at least once, except Niketan, everyone else gave in to his provocation and resorted to shouting , and giving repeated 'timeouts' to people including the host of the show Salman Khan who reproached him strongly for his behavior and made fun of him publicly to keep him down, but to no avail. I have never ever seen such an amusing persona, yet highly obnoxious and incorrigibly entertaining. When he is in the house, you will hardly notice others as he doesn't let anyone talk, constantly provokes other contestants specially Rajeev and wears bizarre make-ups trying everyone's patience limit. 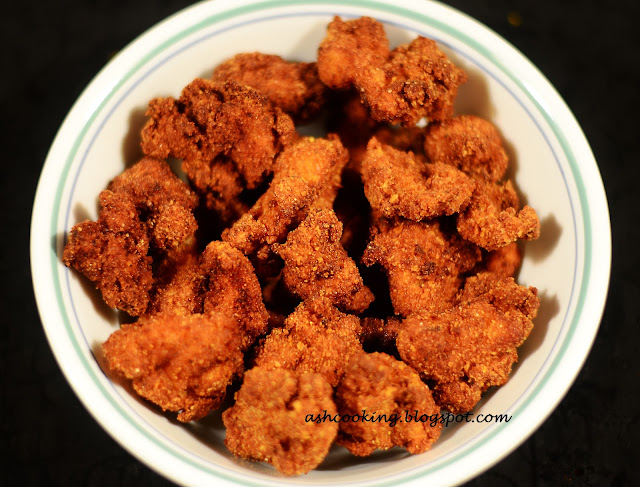 As a viewer, it's interesting to watch his antics and idiosyncrasies on screen, but as an inmate he is an insufferable proposition, someone to be shied away from. I will not stay with such creature even at the stake of 50 lacs.

Chicken Popcorn is my favorite treat from KFC. But not all the time you feel like going out and buying takeaways from there, especially in such freezing cold when going out means a herculean endeavor of getting into a heap of warm clothes, all I want to do is hibernating at home :) and how do I do that, one might wonder. I watch my favorite program on the idiot box while digging into a tub of homemade chicken popcorns. I tell you, you must try it out once, it's just pure bliss. Yummmmm. 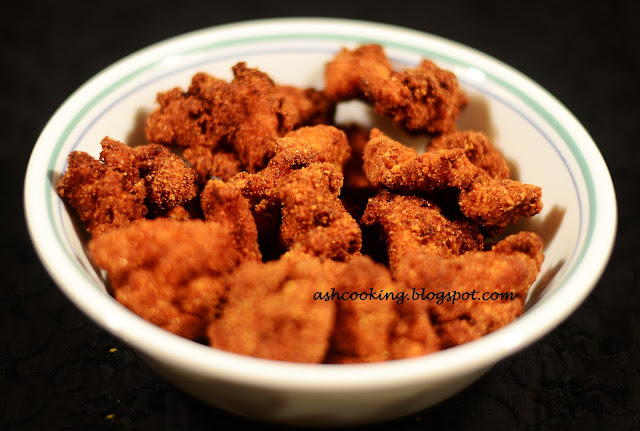