Roasting eggplant on tawa or skillet when we were in India was as easy as pie, but my first attempt in doing the same here got me butterflies in my stomach. The fire alarm at the slightest insinuation of smoke started emitting an earsplitting sound which I conceive might awaken a dead man from his sleep. The entire house resounded with the deafening noise three times at a stretch after which I felt I have had enough and began to roast the eggplant in oven. It was quite a scene!! 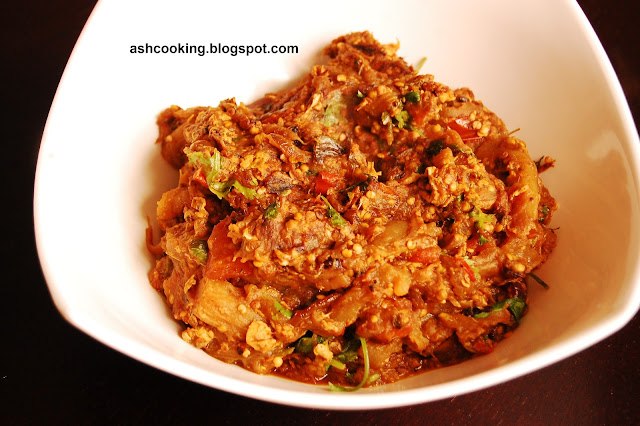 Dim Begun is another variation of the traditional Baingan Bharta. Every step required in cooking bharta is followed in conjuring up Dim Begun with the exception of breaking an egg at the end. In fact, it is so similar that two of the snaps attached demonstrating the method of roasting the eggplants have been copied and pasted from my Baingan Bharta entry. Just let me know how you like the Baingan Bharta with egg. 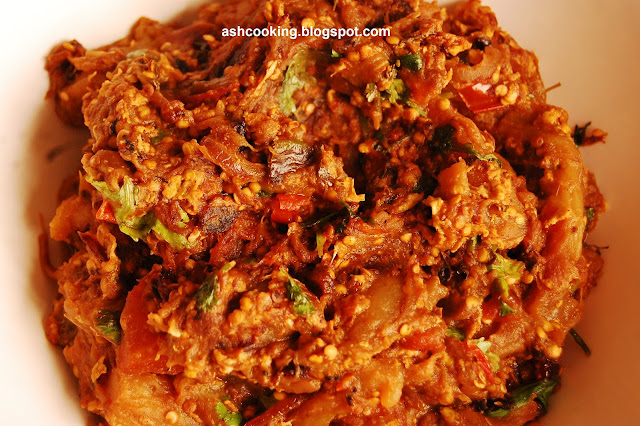