Lamb Tagine is a Moroccan delicacy slowly cooked in a funnel shaped utensil called Tagine. Tagine is an earthenware pot consisting of two parts - the upper portion is a domical cover while the lower part is a flat circular plate with low sides and both combined create an array of magnificent tagine cuisines, Tunisian tagine, Chicken tagine to name a few. 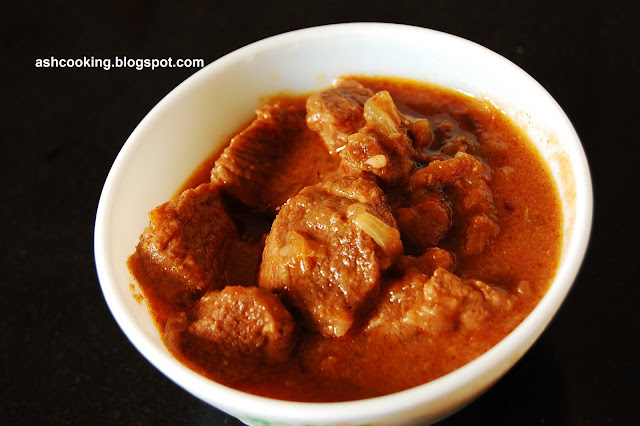 Widely popular in North African Province, Lamb Tagine is slowly cooked on low heat. Braised at minimum temperature, the meat lends a wonderful aroma to the sauce mixed with vegetables. Since Tagine is not available in my city, for my preparation I have used a non-stick cookware with a cover that has a properly fitted outlet to let off the steam. It took me about 2 hours exactly before I turned off the gas. But I believe, if you pressure cook the meat with two or three whistles before you set it for marinade and further slow cooking, it would tenderize the meat to the desired consistency within less time. 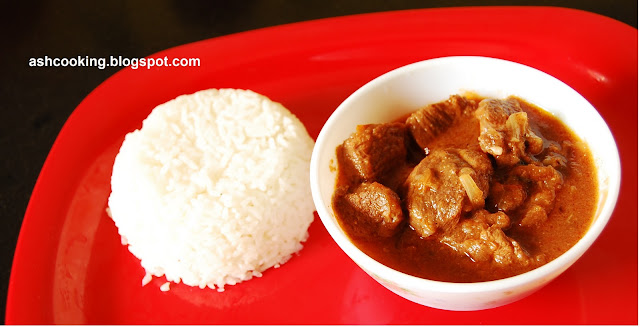